We provide services to the city of Apache Junction, as well as surrounding areas.

“I pride myself on keeping up on my yard maintenance and weeds myself but this winter it became too much. I called East Valley Weed Control and they came the next day. I have already noticed a huge difference. Jesse, the owner, also let me know when he was on his way and when he was finished. My yard looks great!“

“I hired East Valley Weed Control because our front yard was covered in weeds! I was highly impressed with the promptness of their service and the detail work they did. I am pleased with the results and will be hiring them again!”

“I was very impressed with the service and professionalism of East Valley Weed Control! Jesse, the owner, was so friendly and knowledgeable. I will be using them for all my weed control needs in the future!“

Our company is a leader in outdoor weed control services. As a top local service provider to Apache Junction, rest assured that we will keep your home or business looking its best all yeaServicesr around. We typically provide service twice a year to keep your property weed free.

The area around your home is an essential part of your living environment. When attractively and functionally cared for, it can add to your enjoyment of your home. While proper landscaping can also increase property value and invite wildlife into your yard, weed control can help conserve energy.

Most homes located in Pinal and Maricopa counties in the state of Arizona have at least a small lawn. If your home is new construction, you may be near the Superstition Mountains on the east side of the county or near the Goldfield Mountains on the north. Your yard is unique and will require extra care until it becomes established. If your home has an established lawn, routine maintenance will keep it looking great. Give your established garden the attention it needs, and it will reward you by smothering weeds and resisting diseases.

Maricopa County is situated in the southcentral part of Arizona. With an estimated population of over 4,400,000 people as of 2018, it the state’s most populous county, containing over half the population of Arizona. It is more populated than 23 states.

Pinal County is a county near Maricopa County, but in the central part of Arizona. The latest U.S. Census count estimates the population to be over 440,000, making it Arizona’s thirdmost populous county.

A weed is nothing but an unwanted plant at a location, where it’s not desired. Technically speaking, the ‘weed’ is a contextual term as one plant that’s undesirable in a particular setting may be needed in another situation. Weeds are unwelcome in our gardens and lawns not only because they spoil the overall aesthetic appearance of your garden, but also because they’re harmful for the other plants that you’ve nurtured. They take away the essential nutrients from the soil, thereby depriving the planted saplings of nutrition. If the weeds are left unattended, they grow and spread much faster than other plants.

This is why, their removal and/or eradication is very important. The act of removing weeds is sometimes referred to as weeding and it’s by far, one of the most time consuming and tiring tasks in gardening. Have you ever wondered, why weeds grow in the first place? If you can understand the reason for the growth of weeds, you’ll be better equipped to handle the situation in a much more efficient manner. Here, we aim to offer explanation of the likely causes of weed growth and hence give out the best ways to fight them.

How Do Weeds Grow?

Weeds may be considered unwanted by you, but they’re actually the nature’s way to heal the soil and keep it intact. Weeds are generally those plants which are most readily available to grow naturally and have a fast growth rate. These plants have a potent immune system, which prevents them from getting infected by harmful organisms. The weeds also generally have a strong mechanism to extract water and nutrition from the ground, which allows them to survive easily. Their seeds can be brought to your garden by air, birds or any other medium.

If the weed density and/or number isn’t very high, you can simply pull them out. Extraction by hand is undoubtedly the cheapest and most preferred way to get rid of weeds. However, this method becomes extremely exhausting and can’t be used for bigger areas or where you’ve got a large number of weeds to remove.

It’s even easier to control weeds in a yard area. A naturally healthy turf has great immune system and is generally strong enough to win the battle against weeds on its own. The sprouting weed tips can be mowed down for further control.

If you’ve a gravel lawn, that is afflicted by annual or perennial weeds, use of post-emergent herbicides like Finale (containing Glufosinate) or Roundup (having Glyphosate) must be used with caution. As the name suggests, post-emergent chemicals affect the plants that have germinated. On the other hand, pre-emergent herbicides kill the vegetation before the seeds sprout and are generally better in gravel-based or desert lawns. However, keep in mind that these shouldn’t be used if you’re planning to plant Bermuda grass. Biannual application of commonly available pre-emergent herbicides containing oryzalin may be useful, if carried out diligently.

It’s fairly easy and cheap to landscape a desert lawn in the valley area. There’s no requirement to feed anything special and even mowing isn’t necessary, which saves a lot of effort and money. All that’s needed is to prevent desert weeds from growing in between rocks. This is a real challenge in fertile soils found in the city of Apache Junction, where several weeds grow in different seasons. The soil in Apache Junction supports growth of seasonal as well as perennial weeds, which entails that there’s some or the other weed during the entire year. If you decide to handle the weed removal, be prepared to roll up your sleeves as you’ll have to work tirelessly throughout the year. However, you could simply call our expert weed control team and enjoy your weed-free garden.

The Expert Way to Control Weeds

It’s very easy to control weeds by the use of harsh and generic weed-control chemicals. But you must realize that such chemicals can affect the growth of your plants, if applied at a wrong time. Moreover, some of these chemicals can prove to be harmful for your lawn itself, if overused. This is where an expert makes the difference. Our weed control team sprays your yard with the appropriate pre-emergent weeding chemical directly from our truck’s tank. The specialist will then selectively spray post-emergent weed killer from the backpack spraying equipment to eliminate the sprouting weeds. We understand the difference between different weeds and the other undesirable vegetation, that can’t be controlled with the common herbicides. You don’t have to worry as we’ll take care of all these harmful plants using the right techniques.

In order to carry out effective weed control, it’s important to understand the types of weeds that you’re dealing with. Broadly, weeds can be classified as winter and summer weeds. The terms are self-explanatory. Apart from these, weeds can also be differentiated into narrow-leaf and broad-leaf weeds, which are nothing but grass and dicot respectively. While the perennial weeds will continue throughout the year and can go dormant for years together, the seasonal weeds flourish during a particular season and stay inactive in the other months. Some perennial weeds may even sleep in the dry winter season. This way, it’s very difficult to know whether your garden/lawn is infested by weeds. It’s important to either completely uproot them or use a chemical to kill them entirely to prohibit their growth.

There are several kinds of weeds that inhabit the Arizona region. You must understand their characteristics and features so that long-lasting corrective actions can be undertaken. Few of the common weeds found here are :

Buffalograss, which is a narrow-leaf perennial great, is one of the most common weed of warm seasons. It can lie asleep during dry and hot season.

Purslane is another weed that flourishes during warm months. It’s a broad-leaf annually growing plant which has yellow flowers and succulent stalks and leaves. Another type of this is the horse Purslane with purple or pinkish flowers. They spread very fast because every plant has huge number of seeds.

Purple Nutsedge (Nut Grass). This is an African origin grass that’s prevalent in many parts of the Phoenix metro Area.

Russian Thistle grows in abundance in various areas of the region and it’s a type of tumbleweed, which spreads rapidly.

All the above mentioned weeds have varying characteristics and need different methodologies to control their growth. It’s also highly likely that your lawn has more than one type of weed. Although you can pull them out by hand, but it becomes a futile never-ending exercise if you lack the requisite expertise as you might actually end up spreading their seeds in the process. Therefore, it’s recommended to call an expert from East Valley Weeds to carry out an effective weed eradication for you.

The two most common types of weeds found in Arizona region belong to Grass-like and Broad-leaf weeds. Some of these are described below.

Undesired Grass in Your Xeriscape. This category includes the typical weeds as well as other grass like the Bermuda, which may be desirable in your lawns, but are unwanted in your Xeriscape. You can also find some other varieties of grass like Bromegrass, which is not only harmful and spreads fast, but also enhances the risk of fire. The problem increases manifold when you can’t even differentiate between your planted grass and the weed grass. This can occur very commonly with Nutsedge, which only gets noticed after it has spread throughout your lawn. The Common Foxtail grass and the Orchard are the other two most widespread grass weeds in the region. Use of chemicals should be done with immense caution because an inappropriate herbicide or an overdose can damage your planted vegetation too.

Broad-leaf Category. As already explained, these weeds have wide leaves and aren’t like grass. Although their broader leaves make them easy to distinguish, they’re extremely harmful to the growth of your grass. These are very common in the entire region. Their broad leaves mean that they eat up most of the nutrition and take away higher percentage of water from the soil. This entails that they cause faster and more severe damage to the surrounding plants and grass. Among the several types broad-leaf weeds found in Arizona, the most problematic ones are discussed here. Bur clover and puncturevine are two dangerous broad-leaf weeds that have adverse affects on humans and animals in addition to being harmful to your plants. Another weed in this category that’s harmful for animals is the Silver nightshade because of its toxic nature. Tumbleweed spreads very fast because of its ability to disperse a large number of seeds because of their sheer size. Their seeds can travel long distances through air or birds and even a single plant can multiply very rapidly to completely takeover your entire lawn in no time.

It’s very important to understand the nature and characteristics of weeds that are found in your region. While manual uprooting may seem to be the best and cheapest option, it may not always be successful. There’s no single solution, that’ll work equally well for all types of weeds. In order to effectively control the growth of weeds and eliminate them for good, you need to seek the help of experts like us. 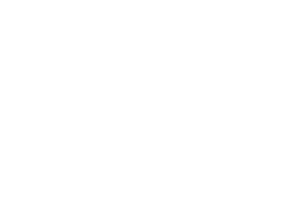 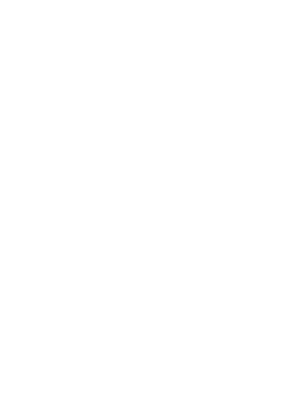